Funded by the Fritz Thyssen Foundation

The format Music Performance Markup (MPM) provides means to describe in a formalized way how a musical work is played by musicians. This includes aspects such as timing, dynamics and articulation. However, MPM is not only meant to serve analytical purposes such as musicological performance research. It is also designed for performance modelling, i.e., users can create expressive performances themselves and render them into expressive MIDI sequences and audio. 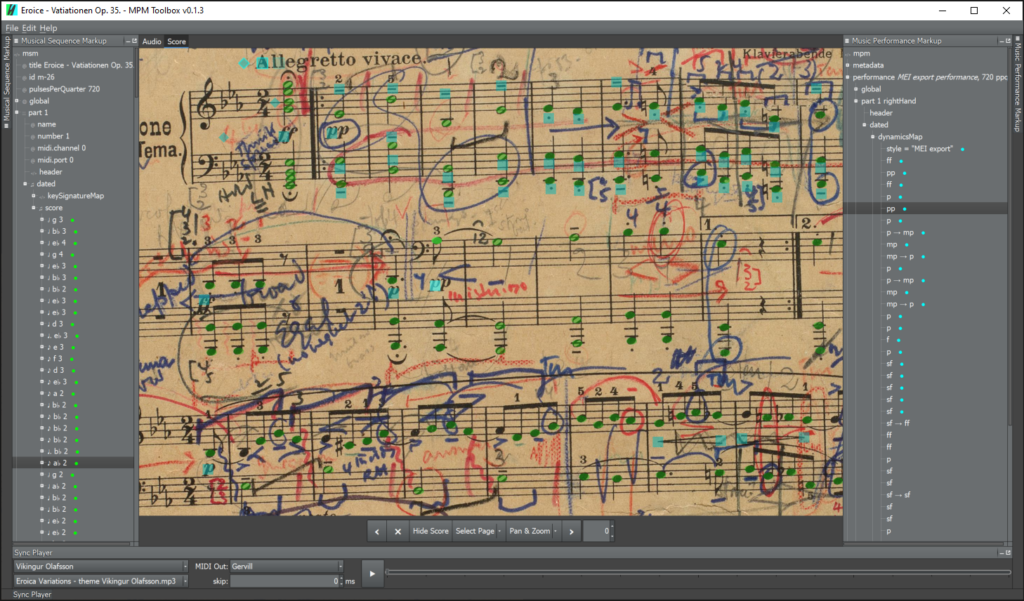 MPM is an XML-based format. Over the coarse of this project we develop a comprehensive ODD schema definition and documentation, including sample encodings as well as several software tools. An MPM Application Programming Interface (API) provides data structures and algorithms to develop applications for the creation and editing of MPM data. It also integrates a fully-fledged rendering engine that is fed with MIDI, MEI or MSM (Musical Sequence Markup, see the meico project) data and generates expressive MIDI and audio. MPM Toolbox is a convenient graphical editing tool that gives users intuitive access to MPM encodings to edit them, create their own performances and contrast them with audio recordings in a measurement and listening analysis scenario. An MEI-to-MPM exporter is integrated in the meico framework and, hence, in the workflows behind the creation of digital music editions. Workshops are held on several occasions, e.g. at the Music Encoding Conference and the Edirom Summer School, to provide introduction and hands-on experiences to interested users. 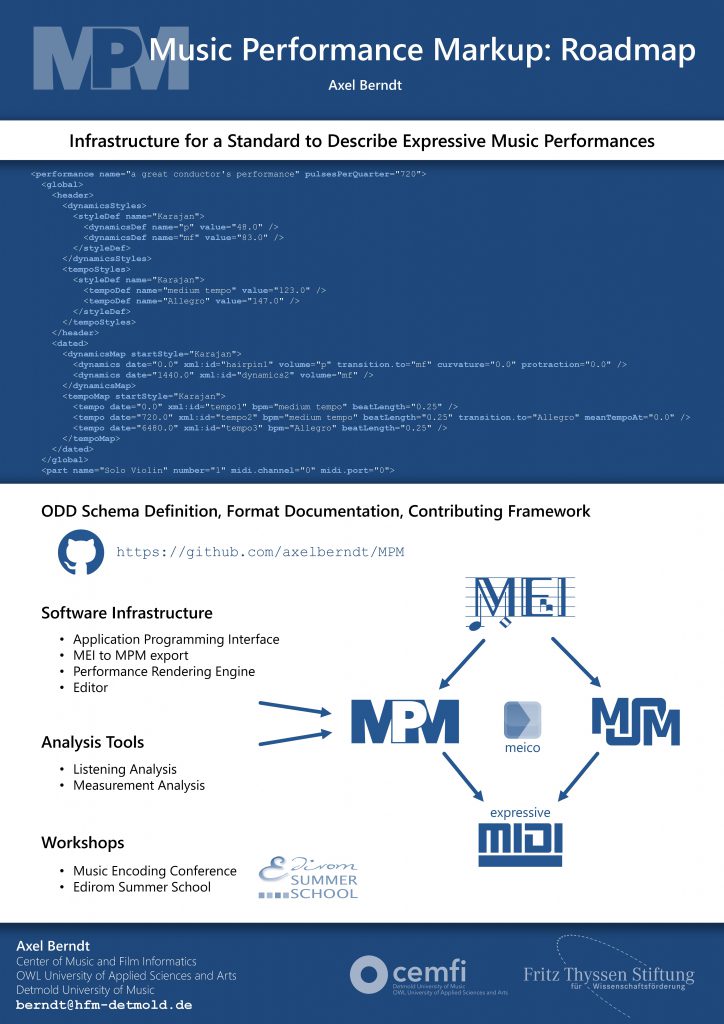